The Power of Jade 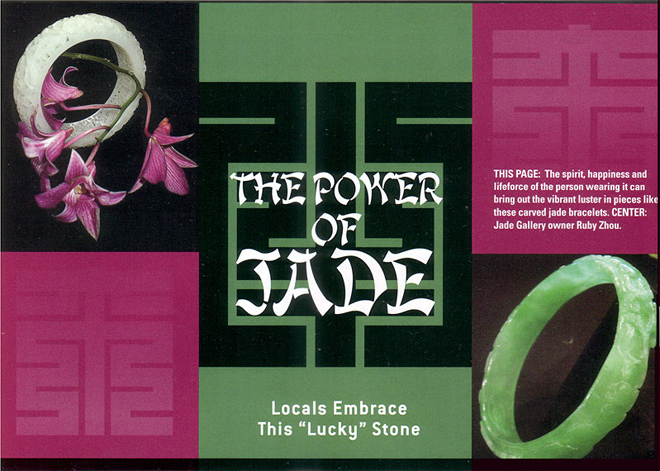 Originally from Beijing China, Ruby Zhou has sold jade in Hawai’i for ten years. She can tell you all kinds of stories about the stone, like one about the woman who walked away from a car accident unscathed save for her broken jade bracelet. (“Jade will break before you do,” Zhou says.)

Or the Filipino mother who collected jade Buddhas; she saw one in a vision as her car careened off a cliff. (“Nobody got hurt,” Zhou says.)


Not only can jade save you from disaster, it can purportedly protect you from evil, attract love and, of course, bring good luck. That’s why parents place tiny jade bracelets on newborns, and business owners keep jade figurines in their restaurants and shops. 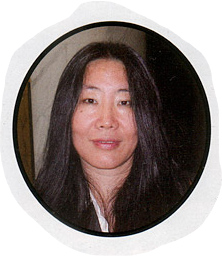 It’s also probably the most common good luck charm that people—especially those from Hawai’i— take to Las Vegas, where any help in that department can have financial rewards. The charms might be anything from jade pendants to small frogs, which are symbols of prosperity, kept in pockets and purses. “As long as it touches your body,” Zhou says, “it’s good.”

Sally McKeever, a 32- year old teacher from Kailua, takes a piece of jade with her whenever she travels. She believes that the stone brings good thing to her life. “When I wear my jade pieces, I feel inspired, confident and linked to something special and meaningful,” she says. “I love the history, the meaning and the mystery of jade.”

Jade is an ornamental stone, considered the imperial gem in ancient China and used for centuries to make weapons, tools, jewelry and other decorative pieces. There are two types of this metamorphic rock: nephrite and jadeite. Nephrite is harder but jadeite shows more color—blue, lavender, pink, emerald green—making it the more popular variety.

Over the past seven years, McKeever spent hours browsing Zhou’s former shop at Windward Mall in Kane’ohe, learning from the owner about the stone’s history, influence and power. Among McKeever’s favorite pieces are a white nephrite ring, a green nephrite bangle, a honey jadeite beaded necklace with matching bracelet and moss- and snow-colored antique Ming-era jadeite ring with a carving of a lotus and frog. 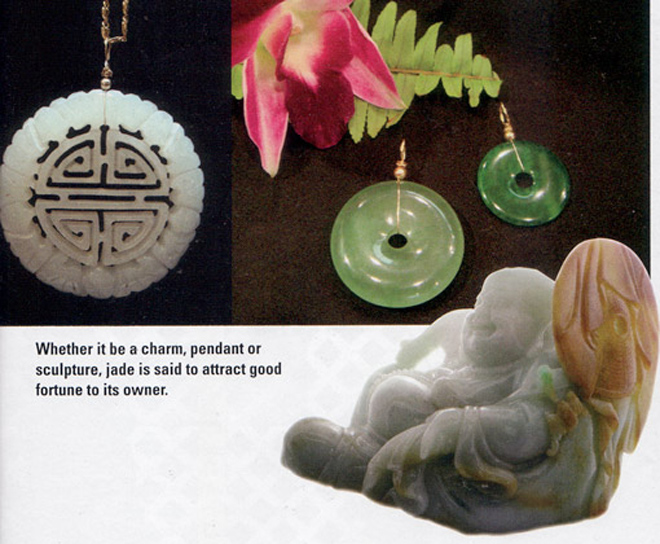 Maybe there’s something to it. Two years ago Melissa Chang, a 45-year-old freelance writer from Honolulu, received a pair of jade earrings from her cousin. She believes the alluring green stone attracts the green of cash. So no matter what she’s wearing, Chang will don those earrings on her trips to Vegas -- complementing the open-mouthed frog ring, Hawaiian salt, red underwear and green Kaeru Power rubber bracelet she also brings -- fashion faux pas or not.

And the proof is in the outcome: Chang says. “My parents were big into going to Las Vegas and my dad had a nice green jade ring. When he first started wearing it, he told me that the deeper the green was, the more good luck it brought. He always wore it to Vegas and as far as I know, he did pretty well on the craps table.”

Because of its special properties, jade pieces are often passed down through generations of families. This becomes another way the stone can summon good luck, Zhou says.
“When jade is worn long enough, the stone absorbs your body temperature, the minerals and chemistry, all that,” she says. “It’s like a life stone. As with pearls, your body oils make a pearl have more luster. Put it away, it loses that luster.”

Zhou says jade reflects the person wearing it. If you don’t take care of it, the stone will start to dull and crack. But if you’re happy, if you’re healthy, the jade will shine and come alive. Your spirit, she says, becomes part of the stone. 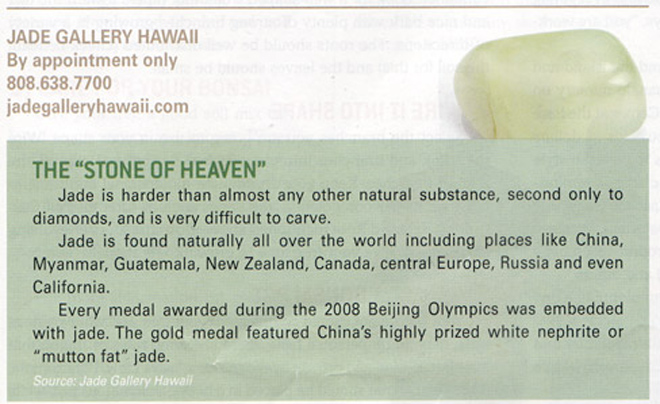