The Mystery of Jade 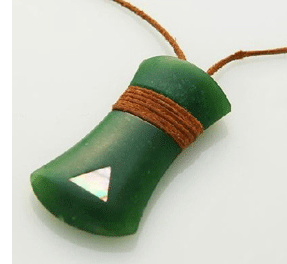 Jade has been in use as a tool, a weapon and a decoration for at least 5000 years.

Jade is a pure, natural rock, harder than any other natural substance, second only to diamonds.

Unlike diamond, which is a crystal, jade is solid, so it can be carved and shaped in many ways. Only diamond is hard enough to carve jade.

Before iron or bronze were fashioned using intense man-made fire, there was an age of jade. Jade weapons and tools were used before metal, for thousands of years. 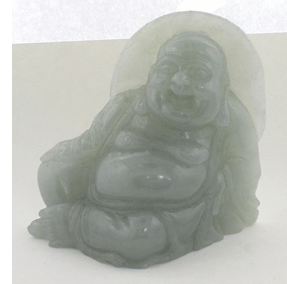 When Confucius was born, a unicorn delivered a jade tablet to his mother, calling the boy who was to become China's great philosopher a "throneless king."

A perfectly circular disc of jade with a hole in the center ("pi") was required by the Emperor to speak directly with higher powers, thus completing the link between heaven and earth.

In Hetian China, jade is picked from the river; piece by piece; it cannot be mined directly from the earth. Instead, jade washes down from the high mountains, one stone at a time. Long ago, young maidens would disrobe and walk naked in the river at night. Their feminine force (yin) attracted the the male force (yang) of the jade, allowing the young girls to feel the pebbles between their toes, reach down and pick them up.

When people were new on earth, Spirit reached out with an amazing gift: grasping the rainbow, then forging it into an axe of jade, and casting it onto the earth.

People discovered the jade axe, understood its origin, and called jade "The Stone of Heaven." 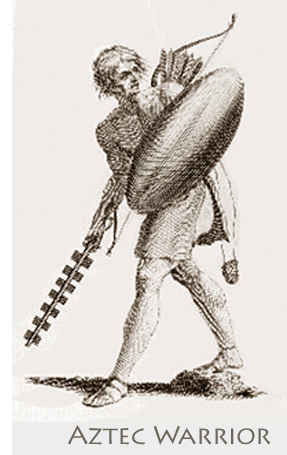 Believe it or Not:
Aztecs and Healing Kidneys;
the most precious jade is not green

The name "jade" comes from the first Spanish in the New World. The Aztecs carried jade in their pocket, or in a pouch at their side, to cure kidney disorders, purify the blood, and protect the warrior's strength. So the Spanish called the stones "piedra de ijada" -- stone of the loin. The Spanish word "ijada" gradually changed, through error and mispronunciation over centuries, into the modern English word "jade."

The association of jade with the kidneys continued with its formal name "stone of the kidneys" -- in Latin, lapidus nephriticus. This is the origin of the common term for one variety of jade today, "nephrite."

Jadeite is actually a completely different mineral combination, though it is still called jade. It is a combination of sodium and aluminum, with chromium providing a vibrant green color.

The most rare and precious jade of all is not even green. It is white nephrite, or "mutton fat," and is found only in the Hetian region of China.

Jade at the 2008 Olympics in Beijing

At the Beijing Olympics, every athlete's medal was embedded with a piece of pure natural carved jade. The gold medal featured the most rare jade of all, white nephrite or "mutton fat" jade. 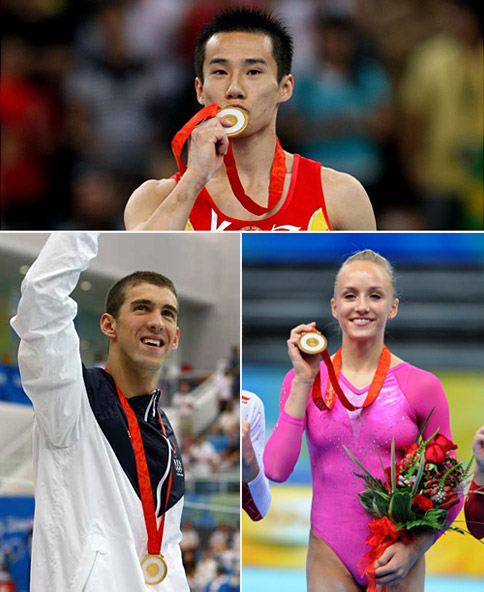 The Meaning of the word "Jade"

This is "Wang", the Mandarin word for Emperor:

And this is "Yu", the Mandarin word for Jade:

Why are these two important words so similar?

Chinese characters were originally pictures. The meaning of Emperor was "the one who joins heaven and earth", expressing both spiritual and human power.

The Emperor always carried jade. He was surrounded by jade objects of all kinds; belts, daggers, rings, pendants, sculpture. Jade itself means "purity" -- which comes from the water element. So when we add a single dot to the Emperor, a drop of water that represents life and expression, the result is Jade.

a world-class design gallery dedicated to jade,
the Stone of Heaven, in the center of the Pacific since 2002

ask to visit our gallery and workshop in downtown Honolulu